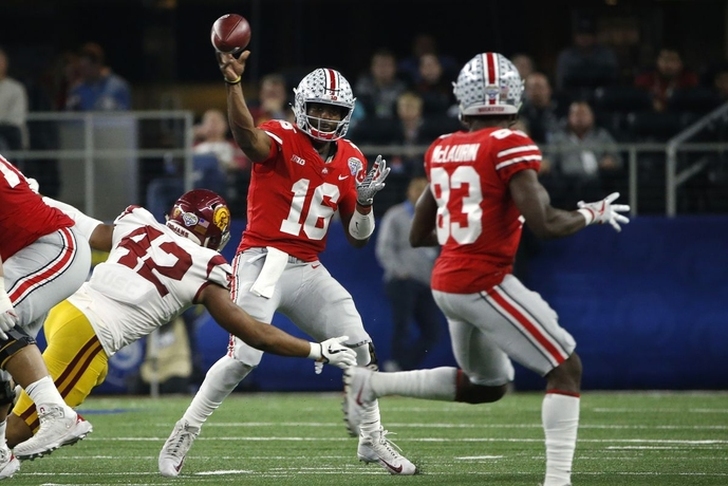 The 2018 NFL Draft is complete and the New Orleans Saints have already landed a few coveted undrafted free agents. NFL teams start trying to sign these UDFAs the second the draft ends, and sometimes even sooner, and the moves became official this week.

We have every player the Saints have signed below

It's a good-sized group for the Saints.

Perhaps the most notable player on the list is Ohio State quarterback J.T. Barrett, who struggled as a downfield passer in college but is known to be accurate underneath and a solid athlete. He also holds the Big Ten's career record for touchdowns.

It's also clear that New Orleans is looking for depth along both the offensive and defensive lines as eight of their 13 signings were linemen.