These Are The 5 Toughest Games On The Saints' 2016 Schedule 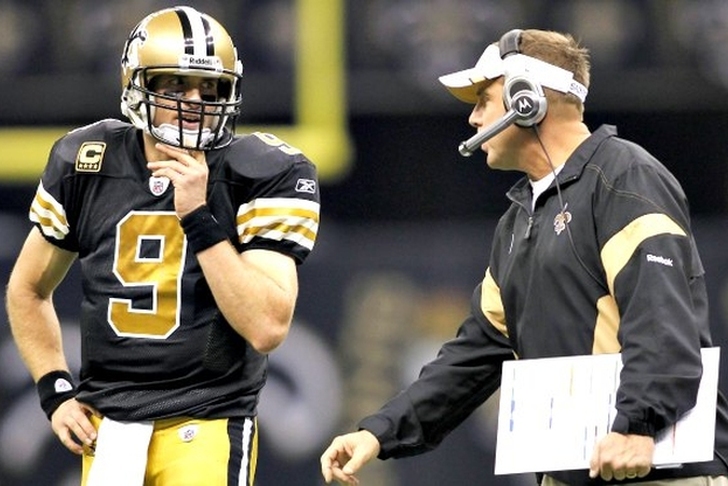 The 2016 NFL schedule is out, and we now know every matchup of the 2016 season. The New Orleans Saints will face a tough schedule, and some of the games stand out as more challenging than the others.

The Saints aren't going to win every game, and these five matchups standout as potential losses. But for the Saints to make a run at the NFC South and beyond, they're going to have to find a way to win at least a few of these. With that in mind, here are the 5 toughest games on the Saints' 2016 NFL Schedule.

5. at New York Giants (Week 2)
This was going to be the Panthers visiting in Week 6, but the Saints are at home and coming off a bye. Plus, we'll get to the Panthers later. This is the first road game of the season, and the Giants have a new, high-priced defense to help shut down Drew Brees.

4. at Kansas City Chiefs (Week 7)
The Chiefs lost some talent, but they'll still contend for a playoff spot. Playing in Arrowhead stadium is not easy, and the Saints are going to have a tough game on their hands.

3. Seattle Seahawks (Week 8)
The Saints play the Panthers, Chiefs and Seahawks in consecutive weeks. Playing at home will make things easier, but that gauntlet is not an easy one. The Seahawks will be great again next year, assuming their offensive line gets at least one high draft pick.

2. at Arizona Cardinals (Week 15)
This is the only back-to-back road game for the Saints, and it coming against the Cardinals making this harder. Provided Carson Palmer is still healthy, Arizona should be heavily favored in this one.

1. at Carolina Panthers (Week 11)
The Panthers don't have Josh Norman anymore, but the Saints have beaten the Panthers on the road just once since 2012. The Panthers are the more talented team and the Saints will have a tough time pulling out a win.