While unlikely, Taysom Hill as the New Orleans Saints' quarterback is an intriguing possibility 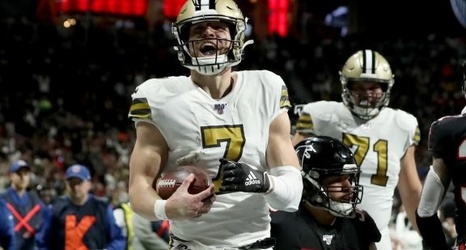 New Orleans Saints jack-of-all-trades/backup-backup quarterback Taysom Hill is set to become a restricted free agent, and whether it’s with New Orleans or somewhere else, his current coach Sean Payton thinks he will be a franchise quarterback down the line.

Payton has been Hill’s biggest hype man during his time in the NFL, with comments ranging from comparing him to Hall of Famer Steve Young, to suggesting he was as valuable as gold bullion.

If you listen to Payton talk about Hill for any length of time, you’ll be convinced he’s a franchise quarterback in waiting, but is there any actual evidence to back that up, or is this all just based around the feel-good story of his NFL career?