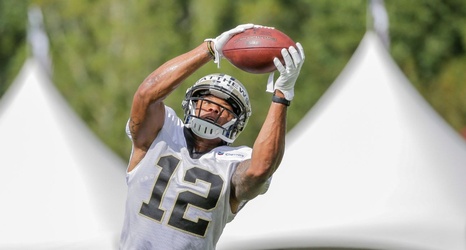 METAIRIE, La. -- Veteran receiver Rishard Matthews was released by the New Orleans Saints with a "left team" designation on Saturday.

Coach Sean Payton said Matthews did not give a specific reason. But he confirmed that it was Matthews' decision to leave the team, adding, "It's not for everyone."

Matthews, 29, joined the Saints in June after a minicamp tryout. But he was playing with the backup units throughout training camp. He caught one pass for 7 yards while playing 20 snaps in Friday night's preseason opener.

Matthews was the Tennessee Titans' top receiver from 2016-2017 but he asked for his release last year because of a diminished role and wound up catching just five passes for 24 yards in a total of eight games with the Titans and New York Jets.