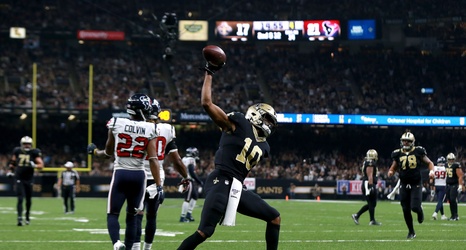 Coming into the season, the New Orleans Saints were comfortable with who they had on the edge. After signing Michael Thomas for a record-breaking extension this offseason, they’ve used him like the workhorse he signed up to be.

That wasn’t the initial plan though.

Yes, Thomas is incredible, and yes, he’s on pace for a history-setting season. Thomas is on pace to beat Marvin Harrison‘s record for receptions in a single season. Through eight games, Thomas has 73 receptions on just 89 targets, an insane 82% catch rate. Harrison’s record is 143.