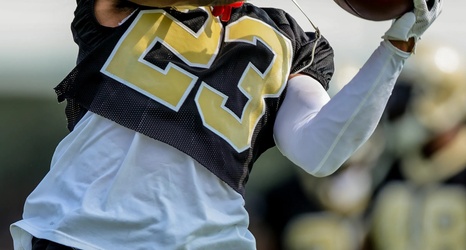 It felt like a win for the New Orleans Saints back in 2017, when prized cornerback prospect Marshon Lattimore out of Ohio State fell to them with the 11th overall pick in the 2017 draft. It felt like even more of a win when Lattimore lived up to the billing and more, helping the Saints win their first division title since 2011 and break a three-year playoff drought. Lattimore’s efforts were rewarded with him being named the 2017 Defensive Rookie of the Year and it was looking like Lattimore was well on his way to being a staple of Dennis Allen’s secondary for years to come.