The NFC South heading into Week 2 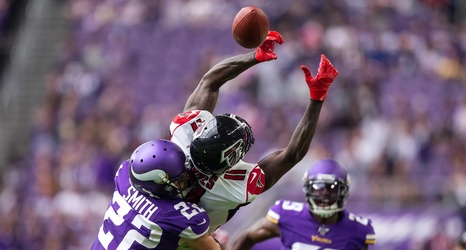 It was a good week to be a fan of the New Orleans Saints. For one, football is back! And two, and most importantly, the Saints are already atop the NFC South as we head into Week 2.

In Week 1, the Atlanta Falcons got manhandled on the road in Minnesota against the Vikings, losing 28-12 in a game that was far more lopsided than even the score might suggest. In the other early kickoff game in the NFC South, the Carolina Panthers couldn’t get it done at home against the Los Angeles Rams, losing 30-27 after a costly Cam Newton turnover.