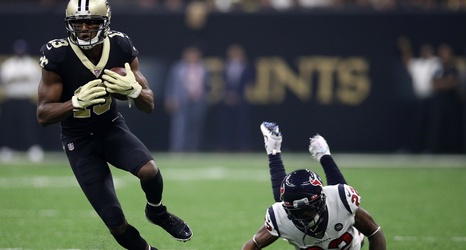 The New Orleans Saints completed a thrilling comeback win over the Houston Texans in their Week 1 victory, the first Monday Night Football game of the year. With just seconds left on the clock, Saints quarterback Drew Brees found veteran wide receiver Ted Ginn Jr. for a short gain to set the Saints up in field goal range near midfield, setting up Wil Lutz to be the hero.

The next day, the Houston Texans released the player who let Ginn put Lutz in position to win the game. They cut veteran cornerback Aaron Colvin despite the $7.5 million due to him, less than two years into the four-year, $34 million contract he signed last season.