Teddy Bridgewater writes open letter to young athletes: 'I was once in your shoes' 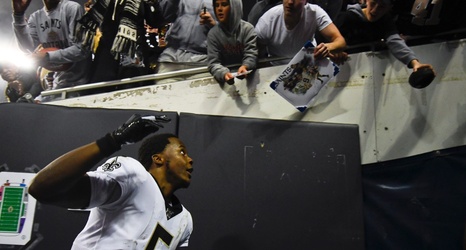 New Orleans Saints quarterback Teddy Bridgewater is grateful to be where he is today, standing on his own two feet. His career could have ended on the Minnesota Vikings practice field, when he suffered a non-contact knee injury so severe that it nearly required amputation. While he did bounce back from it, that injury set his career back by years, and it’s made him introspective.

Bridgewater recently published an open letter to young athletes over his official social media accounts, initially writing it on Facebook before sharing it through Twitter and Instagram. In his message to those who look up to him (such as the children in his old Miami neighborhood), Bridgewater mused about the challenges he experienced and shares with them having grown up in an underprivileged community.