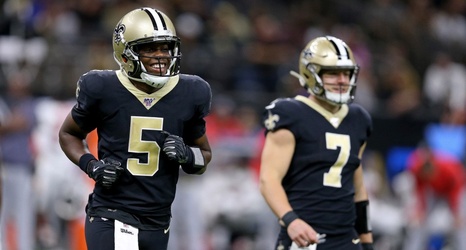 There are few rooms around the NFL stocked with as much talent as the New Orleans Saints boast at quarterback, much less the chemistry those players share. Sure, Drew Brees is the unquestioned leader in the building and the face of the franchise — but both of his backups have stepped up to help their team when called upon, and they clearly appreciate each other.

That was clear after versatile reserve Taysom Hill scored two touchdowns (one through the air, another on the ground) and blocked the Atlanta Falcons’ first punt in their game on Thanksgiving. After the game, Teddy Bridgewater creatively saluted Hill’s performance on social media.