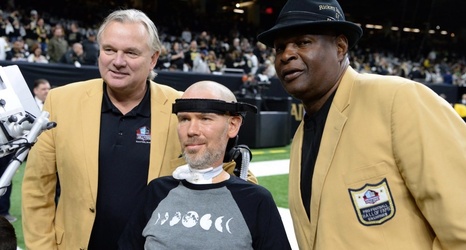 There aren’t many players in New Orleans Saints history more well-known and better-respected than Steve Gleason. The special teams ace earned an enduring spot in fans’ memories with his blocked punt against the Atlanta Falcons, in the first game played in the Superdome after Hurricane Katrina ravaged the city and the surrounding the Gulf Coast. It’s not for nothing that he’s the only Saints player immortalized with a bronze statue standing outside the team’s home stadium.

But Gleason has continued to be a big part of New Orleans lore after his playing days were over.