State of the NFC South: Panthers sneaking up on the Saints 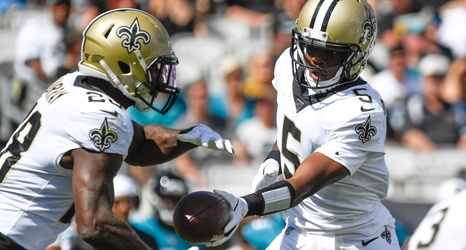 As the NFL calendar moves into Week 7, the state of the NFC South remains largely unchanged. The Atlanta Falcons lost to the Arizona Cardinals in a shootout, and are currently getting steamrolled by the Los Angeles Rams in their won building. Meanwhile, an NFC South showdown between the Carolina Panthers and Tampa Bay Buccaneers resulted in the Panthers improving to 4-2, putting them not far behind the New Orleans, who outlasted the Jacksonville Jaguars in a 13-6 victory. Here’s where the NFC South stands.

Tampa Bay fooled fans and pundits alike as they started off the season quite hot, racking up points and making Jameis Winston look like he might be the answer at quarterback after all.