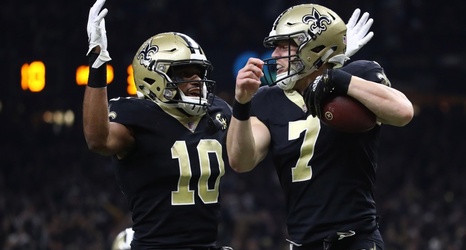 The New Orleans Saints expect to welcome running back Alvin Kamara back into their lineup on Sunday against the Atlanta Falcons, now that he’s nearing a recovery from early-season knee and ankle injuries. But Saints coach Sean Payton noted another player whose return could help the offense: second-year wide receiver Tre’Quan Smith.

“He’s another player that I think the bye came at the right time,” Payton said to Amie Just of Nola.com. Smith caught all five of his targets in New Orleans’ first two games, including a touchdown pass in the season-opener. But an ankle injury has kept him out of the picture for most of the season, including five of his last six games.