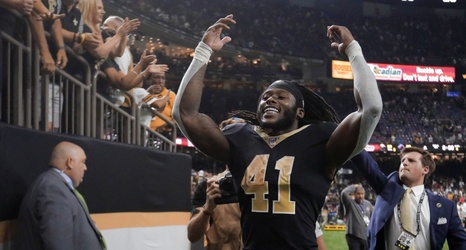 New Orleans Saints coach Sean Payton said Thursday that he anticipates all-star running back Alvin Kamara to suit up for Sunday’s game with the Atlanta Falcons. Kamara sat out New Orleans’ final two games before their bye week while managing knee and ankle injuries, but his coach was encouraged by what Kamara has shown them earlier this week.

“I fully expect him to be ready to play, and I thought he looked really good yesterday,” Payton told Mike Triplett of ESPN, referring to Kamara’s performance during practice on Wednesday. The official Saints injury report listed Kamara as a limited participant in that practice session.