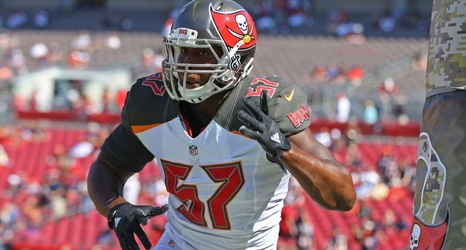 The New Orleans Saints worked out several veteran pass rushers on Tuesday, per a report from Aaron Wilson of the Houston Chronicle. Wilson reported that players involved in the tryouts included Noah Spence, Shane Ray, and Chris Smith. With two starting defensive linemen sidelined by injuries against the San Francisco 49ers last week (Sheldon Rankins and Marcus Davenport each exited the game) and a top backup on the mend after taking a painful shot to the knee (Trey Hendrickson), it makes sense for the Saints to consider their options.

Spence was frequently connected to the Saints ahead of the 2016 NFL Draft; the team met with him extensively before that year’s Reese’s Senior Bowl and hosted him in New Orleans on an official visit, which reportedly went well.