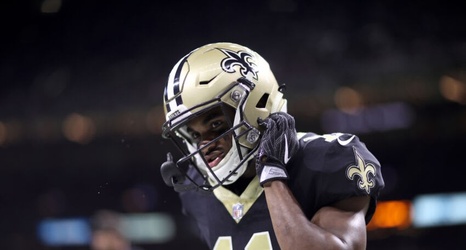 Add Tommylee Lewis to the list of New Orleans Saints wide receivers who won’t be playing this season.

Three weeks after the Saints signed Lewis during training camp, Sean Payton announced on Friday that Lewis would be placed on injured reserve to make room for free agent signing saftety Jeff Heath on the roster.

Lewis suffered an injury in practice that caused him to miss a few days, and now he’ll be out for the 2021 season.

He’s played a career 39 games for New Orleans and saw action on special teams as a kick and punt returner in five games last season.