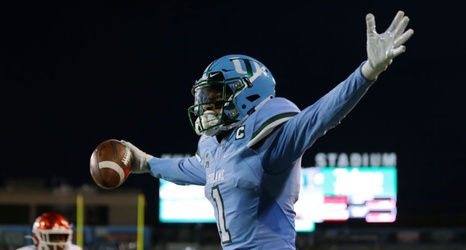 NEW ORLEANS, LOUISIANA - SEPTEMBER 19: Jalen McCleskey #1 of the Tulane Green Wave celebrates a touchdown during the first half of a game against the Houston Cougars at Yulman Stadium on September 19, 2019 in New Orleans, Louisiana. (Photo by Jonathan Bachman/Getty Images)

In the latest move for the black and gold, the Saints decided to sign former Oklahoma State and Tulane receiver Jalen McCleskey to their 53-man roster. McCleskey will be similar to the receivers they added late in the offseason last year.