Saints’ Sean Payton one of several coaches to be fined $10,000 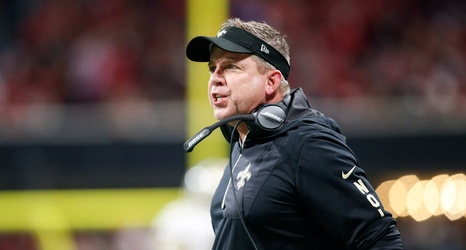 New Orleans Saints head coach Sean Payton is going to find his wallet a little lighter after the NFL handed down a $10,000 fine on Friday. Per NFL Network’s Tom Pelissero, Payton, Seahawks head coach Pete Carroll, and Jaguars assistant coaches Pat Flaherty and Keenan McCardell were all fined by the league for “improperly entering the playing field”.

Payton was fairly adamant late in the Thursday night game against the Atlanta Falcons, which prompted him to enter the field to emphasize him calling a timeout. The official took exception to it, which prompted an unsportsmanlike conduct penalty assessed against New Orleans.