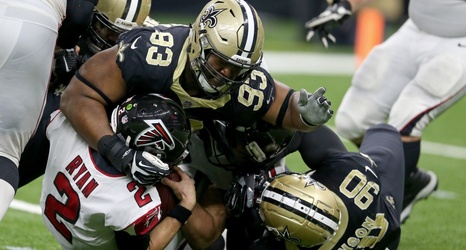 The first few waves of free agency have come and gone, sending shockwaves throughout the NFL. It’s rocked the hierarchy of Super Bowl contenders in both the AFC and NFC, which was reflected in the updated power rankings from Touchdown Wire’s Mark Schofield.

For the Saints, the additions of wide receiver Emmanuel Sanders and defensive back Malcolm Jenkins (both regular faces at the Pro Bowl) combined with losses around the conference to put them ahead of their competition. The Saints now rank third-best in the NFL and should be seen as favorites to represent the conference in Super Bowl LV.