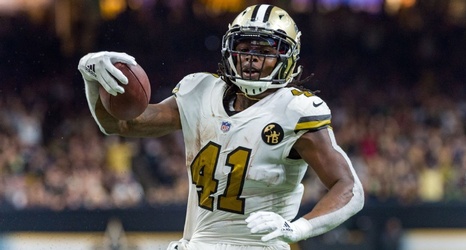 METAIRIE, La. -- Alvin Kamara will be back in the New Orleans Saints' lineup Sunday and said he plans to play like he hasn't "missed a beat."

Kamara, who missed the Saints' past two games before their Week 9 bye because of knee and ankle injuries, said he felt good after returning to full practice participation on Thursday. And coach Sean Payton said, "I fully expect him to be ready to play" at home Sunday against the Atlanta Falcons.

The running back said he feels fresh after three Sundays off but wouldn't call it a benefit because he missed being on the field.