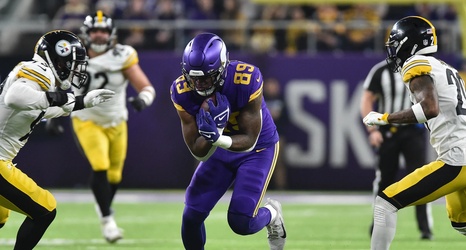 Herndon has started a total of 30 games throughout his four-year NFL career thus far, racking up a total of 836 yards and eight touchdowns on a 68% catch rate.