Saints one of few teams without scouts on hand for Alabama vs. LSU 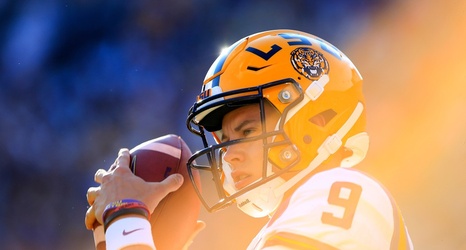 The LSU Tigers are preparing to kick off against the Alabama Crimson Tide in what may be the most-anticipated game in the college football season, but the New Orleans Saints won’t be watching at Bryant-Denny Stadium.

Per a report from Charlie Potter of 247 Sports, the Saints didn’t have any scouts on hand. Potter surveyed the teams with personnel credentialed to catch the LSU-Alabama game live from the press box, and didn’t note New Orleans among them:

Half of the NFL sent scouts to watch Joe Burrow, Tua Tagovailoa, and the dozens of other pro prospects duke it out, with some teams credentialing multiple members of their personnel staff.