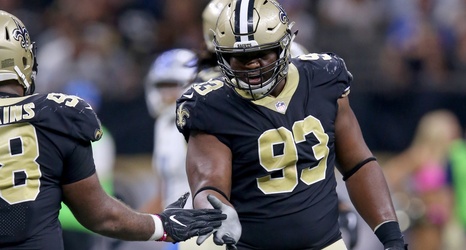 The New Orleans Saints received a big reinforcement late Tuesday afternoon, with defensive tackle David Onyemata being officially reinstated by the NFL following his one-week suspension. To create a roster spot for Onyemata, the official NFL transactions wire listed defensive lineman Mitchell Loewen as having been waived. The Saints promoted Loewen from the practice squad hours before their Week 1 game against the Houston Texans, and likely expect him to return to it should he clear waivers.

Onyemata’s return is a huge upgrade for the Saints, who were without their top three options at his position on the depth chart.