Saints' Marshon Lattimore: 'I feel like I'm the best in the league' 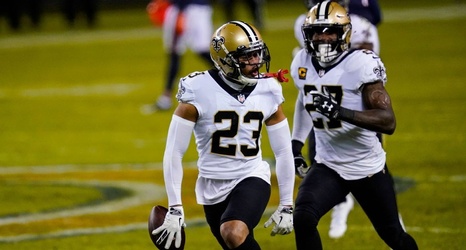 METAIRIE, La. -- Cornerback Marshon Lattimore declined on Tuesday to discuss his offseason arrest on a stolen gun charge. And he declined to discuss the state of any possible contract extension with the New Orleans Saints.

But the former first-round draft pick, NFL Defensive Rookie of the Year and three-time Pro Bowler wasn’t shy about setting a lofty bar for himself as he heads into the final year of his rookie contract.

“I feel like I’m the best in the league,” said Lattimore, who turned 25 last month. “That’s just me being confident in myself, knowing what I can do and what I’ve done out there.