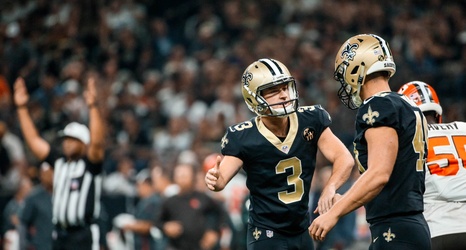 Stock for New Orleans Saints kicker Wil Lutz has never been higher. He’s fresh off the heels of having nailed a game-winning field goal over the Houston Texans on Monday Night Football, which earned the often-quiet Saints cornerstone some well-deserved media attention.

Lutz made an appearance on The Pat McAfee Show, where he offered an amusing explanation for the odd spelling of his first name. As it turns out, Wil is a nickname — he goes by it rather than the full spelling, which is the significantly more-common William. But Lutz has very solid reasoning for eschewing the second ‘L’ in also-common Will.