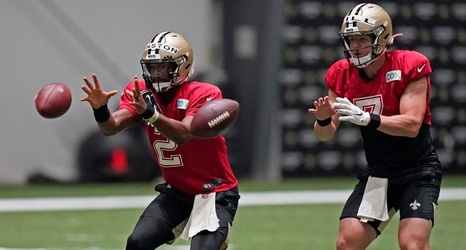 METAIRIE, La. -- Jameis Winston and Taysom Hill both spoke highly of one another Tuesday, insisting that they are supporting each other as they battle to become Drew Brees' successor with the New Orleans Saints.

But both quarterbacks are fully intent on making the most of this opportunity.

"One year not playing has just made me even hungrier to get back at the (helm) and lead a team," said the 27-year-old Winston, who backed up both Brees and Hill last year after spending his first five years as a starter with the Tampa Bay Buccaneers.