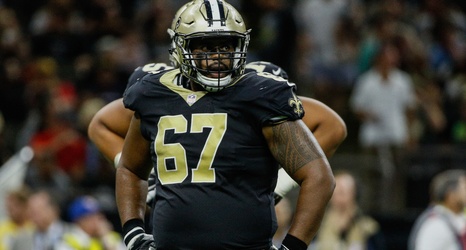 Signing with a new team is often an opportunity to improve, with players sometimes benefiting from working alongside different teammates and getting instruction from coaches with fresh perspective.

Few players have seen that boost more than New Orleans Saints right guard Larry Warford, who is in his third year with the team after starting his career with the Detroit Lions. He’s represented the Saints in the Pro Bowl in each of his first two seasons, and has already started his campaign for a third consecutive appearance after a dominant season-opener against the Houston Texans.

On Wednesday, the analysts at Pro Football Focus recognized Warford on their NFL Team of the Week for Week 1.