Saints file roster moves ahead of Week 2 game vs. Panthers 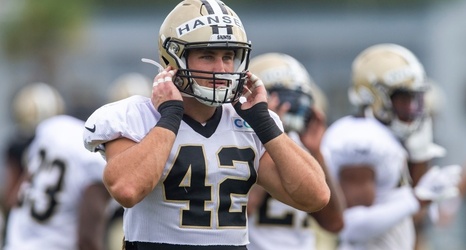 The New Orleans Saints called up a couple of players from their practice squad for Week 2’s road game with the Carolina Panthers, while a few others were moved around to make room. The Saints previously signed kicker Aldrick Rosas to the active roster from the practice squad to open another roster spot. Here’s what you need to know:

Hansen missed time in practice this week with a groin muscle injury, and he was preemptively ruled out for the Panthers game. Now he’s going to be sidelined for at least three weeks. It’s a tough break for a player who has already missed so much time (including his entire rookie year) to injuries in the past.