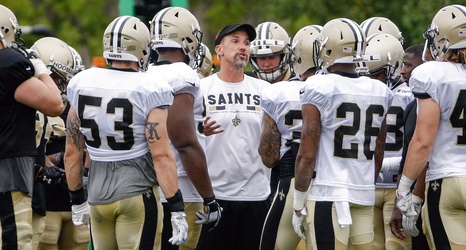 New Orleans Saints defensive coordinator Dennis Allen has experienced firsthand how unsteady team ownership can spike a new head coach’s chances. He oversaw the Oakland Raiders’ transition from longtime owner Al Davis to his son, Mark Davis, and was fired after an 0-4 start in the 2014 season. He returned to New Orleans not long after that, helping push Rob Ryan out the door and work to rebuild the Saints defense from the ground up. In the meantime, the younger Davis first tried out Jack Del Rio at head coach before signing a retread, Jon Gruden, to a ludicrous $100 million contract.