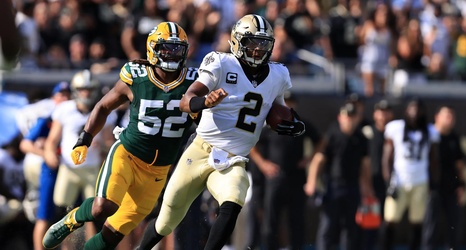 The New Orleans were facing the Green Bay Packers in a game displaced to Jacksonville because of Hurricane Ida. The four-time NFC South defending champions were beginning life without quarterback Drew Brees, with Jameis Winston now assuming the role of starting quarterback for Sean Payton’s squad. Opposite New Orleans was Aaron Rodgers and the Packers, off a tumultuous offseason in which Rodgers threatened to leave the team.

The Saints started the game controlling the clock and dominating both lines of scrimmage. New Orleans held a massive time of possession and plays advantage, taking a two touchdowns lead into halftime at 17-3.