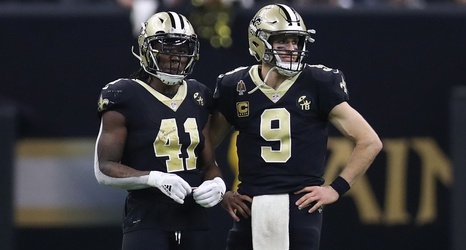 The New Orleans Saints announced their uniform combination for their Week 10 game with the Atlanta Falcons: black jerseys and black pants. The all-black look has been their most-popular pairing in recent years, appearing in 18 of their last 44 games (including the playoffs).

That trend extends to the 2019 season; the Saints have worn black jerseys with black pants in three of their first four home games, opting instead for their Color Rush alternates back in Week 4 against the Atlanta Falcons.

The announcement came from the Saints’ official Twitter account, in which they shared a brief video of quarterback Drew Brees taking the field during a game simulation from EA Madden NFL 20.