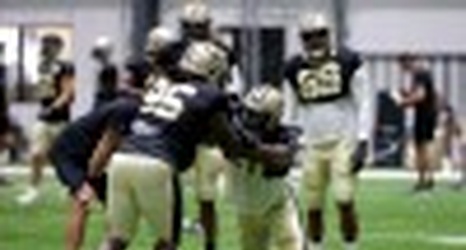 The New Orleans Saints announced their first 11 signees for the practice squad on Wednesday, following the final wave of NFL roster cuts. Among them are a 2021 draft pick in rookie wide receiver Kawaan Baker and a former first round draft pick in wideout Kevin White. Returns specialist Easop Winston Jr. also signed with the practice squad.

So far, all 11 practice squad additions confirmed by the team were already on the offseason roster. But two reported signings have yet to be officially announced — and with 16 total practice squads ready to be used, the Saints clearly have some work to do in the days ahead.