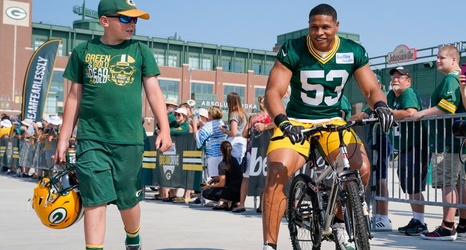 Here’s some news for New Orleans Saints fans calling for help at linebacker. The team has signed free agent Kendall Donnerson, as first reported by Nick Underhill of NewOrleans.Football and confirmed by the Times-Picayune | Advocate’s Luke Johnson and the Athletic’s Katherine Terrell. The first thing to know about Donnerson’s skills set is his flexibility; he could end up playing more often at defensive end for the Saints given his history as a hand-in-the-dirt edge rusher at 6-foot-3 and 249 pounds, though some of his past teams have listed him at linebacker.

Donnerson is a fourth-year pro out of Southern Missouri State, who started his NFL career as a seventh round draft pick with the Green Bay Packers.