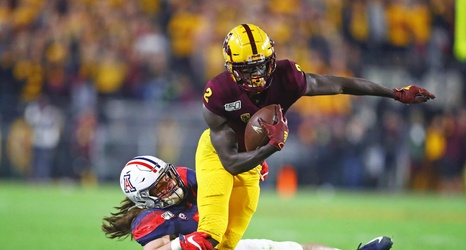 With no second-round pick, the Saints may look to trade back here, but adding a playmaker opposite Michael Thomas would make sense. Coming off a breakout senior season, Aiyuk has the speed and open-field vision to rack up yards after the catch in bunches.