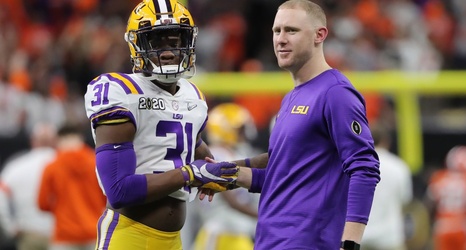 It was reported last Saturday that LSU Tigers passing game coordinator Joe Brady was being considered for a position with the Carolina Panthers under first-year head coach Matt Rhule, which Brady sternly denied during a media day press conference ahead of Monday’s College Football Playoff National Championship game against the Clemson Tigers.

However, ESPN’s Adam Schefter reported Tuesday that Brady plans to leave the college ranks and return to the NFL following LSU’s dominant win. He’ll reportedly be joining Rhule’s staff after all.

This is significant for two reasons, mainly that Brady was a member of the New Orleans Saints staff just a year ago as an offense assistant.