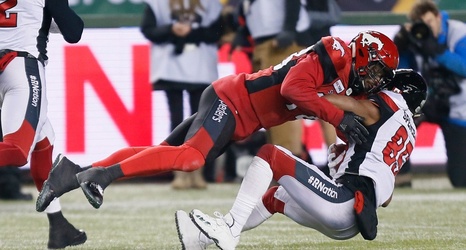 The New Orelans Saints are expected to sign Wynton McManis, a linebacker who last played for the CFL’s Calgary Stampeders, per NFL Network’s Tom Pelissero. McManis joined the Stampeders in 2017 after a brief stint with the San Francisco 49ers, who signed McManis as an undrafted rookie out of Memphis.

McManis opted out of his CFL contract on Monday after the Canadian league canceled its 2020 season due to the COVID-19 pandemic, opening up this opportunity in the NFL. He tried out for the Saints on Thursday as part of a six-man group of free agents, which the team reported on the daily NFL transactions wire: