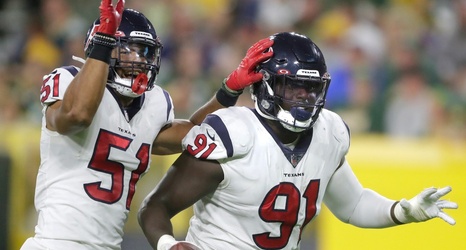 More help is on the way for the New Orleans Saints. The black and gold are expected to sign free agent defensive tackle Jaleel Johnson, per Houston Texans beat reporter Aaron Wilson. Their previously-reported addition of former Patriots and Packers defensive tackle Montravius Adams has not yet become official, but that would be two signings in the last three days to a position group that looked awful thin when the Saints rolled out their first 53-man roster.

David Onyemata is New Orleans’ best defensive tackle (and maybe their best player up front, depending on who you ask) but he’s going to miss the first six games with an NFL suspension.