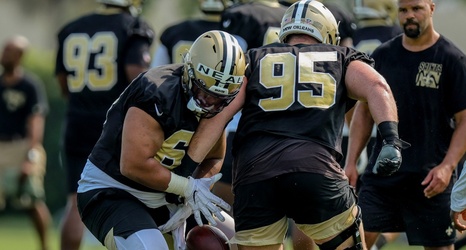 It’s not unusual for NFL teams to churn the bottom of their depth charts this time of year. With a week or more of training camp practice in the books and the first wave of NFL-mandated roster cuts still off in the distance (on Aug. 17, after Week 1 of preseason games), teams like the New Orleans Saints use this opportunity to reevaluate various position groups now that they’ve put together enough practice tape to make some informed decisions.

That’s why defensive linemen Lorenzo Neal Jr. and Kendall Donnerson were waived, along with rookie cornerback Lawrence Woods. And some of these players are already landing on their feet.