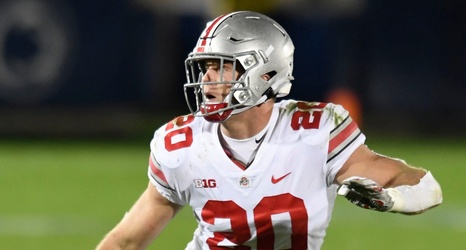 Pete Werner was picked by the Saints late in the second round of the 2021 draft, putting him in the middle of a tier of linebackers that were selected between picks 50 and 80. That group included Azeez Ojulari (50), Jeremiah Owusu-Koramoah (52), Nick Bolton (58), Joseph Ossai (69), and Chazz Surratt (78), with Werner slotted in near the halfway point at 60.

The pick surprised some Saints fans, who were hoping for LSU prospect Jabril Cox (who fell all the way down to 115). But what was the word on Werner going into the draft? Let’s check in with a couple of prominent draft guides.