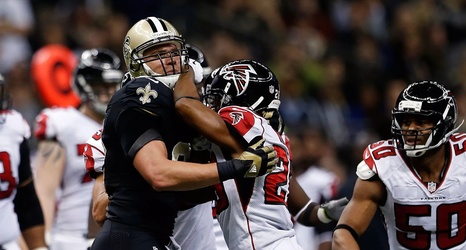 The 100th edition of the NFL's most underrated rivalry takes place tonight, when the New Orleans Saints host the despised Atlanta Falcons to cap a Thanksgiving triple header. The two franchises share a number of similarities. The Falcons began play in 1966, just one year before their southern rivals. Both teams have gone to the postseason 14 times, with 6 division titles each. Atlanta holds the edge in the series, 52-47, and have a 25-24 record in New Orleans. The NFL version of the Hatfields and McCoys, Coke vs. Pepsi, Darth vs. Luke, Duke vs.