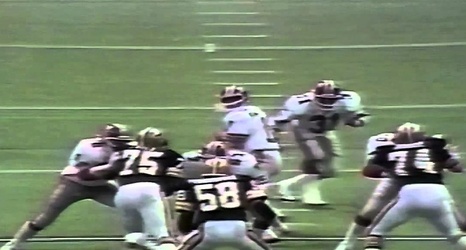 The New Orleans Saints have given their fans some moments to treasure over their 51-year history. There have certainly been some moments that would make any grown man speechless with rage as well. Today, Canal Street Chronicles looks back in history at precisely such moments.

The New Orleans Saints were taking on their bitter division rivals, the Atlanta Falcons. The game was held in the friendly confines of the Louisiana Superdome, where the majority of the approximately 72,000 people in attendance would be screaming their encouragement for the hometown Saints. Both teams entered their first of two matchups on the 1978 season riding a wave of momentum.