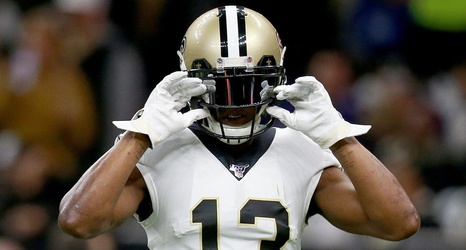 The New Orleans Saints started the playoffs in the Wild Card against the Minnesota Vikings and ended up losing in a thrilling game from a missed offensive pass interference that wasn’t reviewed.

The Vikings moved on.

During the Minnesota Vikings and San Francisco 49ers game on Sunday. Michael Thomas appeared to be loving the fact that the 49ers were putting the Vikings hopes of coming back in the dismal past.

While tweeting about the game, Thomas appears to take a shot at Minnesota Vikings receiver Stefon Diggs, who after the game against the Saints mocked the celebration ‘choppa style,’ with a tweet “Now Choppa That.