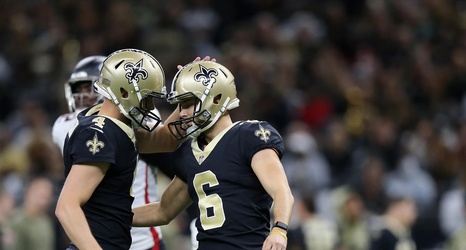 The New Orleans Saints saw their three-game win streak come to an end after falling to the Atlanta Falcons 27-25. Quarterback Trevor Siemian threw for 249 yards and two touchdowns. While he only completed 61 percent of his passes, New Orleans’ receivers had seven drops.

The Saints remain in the NFC playoff picture as the Dallas Cowboys, Green Bay Packers and Los Angeles Rams all lost in Week 9.

Pete Werner takes a back seat to Kwon Alexander

Second-round linebacker Pete Werner was in on just 12 of 59 defensive snaps.