New Orleans Saints: Relive Steve Gleason’s blocked punt and the history behind it 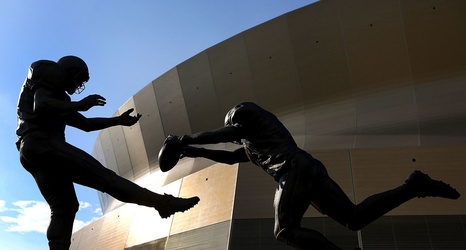 If you’ve been a New Orleans Saints fan long enough, you likely remember some pretty important moments in the team’s history.

In Saints’ history, two moments stand out as the most important. The most important event in franchise history for most fans is the team’s first and only Super Bowl win following the 2009 season.

The second (and arguably more emotionally compelling) moment came on September 25th, 2006. The first game back in the Louisiana Superdome following the devastation of Hurricane Katrina just over a year prior.

After Hurricane Katrina destroyed the Superdome, leaving the Saints future in New Orleans in doubt, the Saints signed head coach Sean Payton and quarterback Drew Brees before the 2006 season.