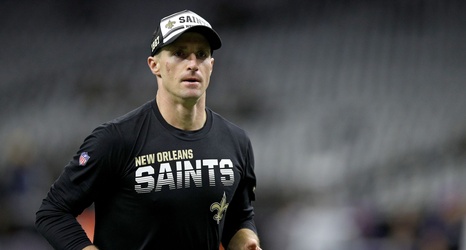 This offseason means a lot for Drew Brees. The New Orleans Saints quarterback has passed the final year of his contract and the 41-year old is officially a free agent.

Many questions loom over him right now as to what his future holds. As the Saints’ franchise has tough decisions to make, it’ll be tough to leave Brees out of the conversation with the limited money they have in store for this offseason.

Drew Brees had another historic season for the black and gold. He broke Peyton Manning’s all-time passing touchdown record. He also broke his own passing efficiency record that he posted as a record last year.