New Orleans Saints kicker Wil Lutz has setback, is out for season 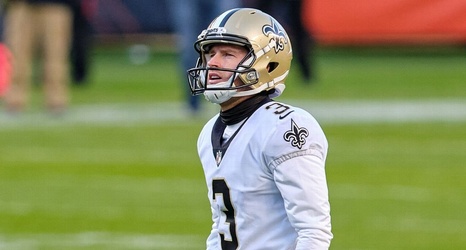 The New Orleans Saints will be without Pro Bowl kicker Wil Lutz for the remainder of the season.

Lutz, who had been designated to return from injured reserve last week, announced on social media that he had a setback during his recovery from core muscle surgery and has to "shut it down" for the rest of the season.

The greater the obstacle, the more glory in overcoming it! Congrats to Brian on his first game winner. New Orleans, you're in good hands! pic.twitter.com/i68oqfVrRj

The news is disappointing for a Saints team that was finally starting to get healthy after missing eight starters for most of the first five games this season.