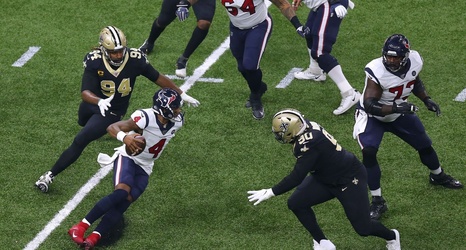 The first Monday Night Football game of the season may eventually go down as the season’s most entertaining game. With two lead changes in the last minute, the New Orleans Saints vs Houston Texans gave fans everything they wanted.

It was one rising superstar quarterback against one future Hall of Famer. It was two of the best receivers in the league going head-to-head in what turned out to be a thrilling amount of offensive production.