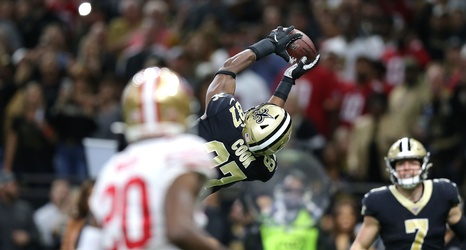 The 49ers came into the New Orleans Saints Superdome and an offensive battle ensued.

This game was a match of coaches wits pinned against offensive talent. 49ers quarterback Jimmy Garoppolo threw for four touchdowns, and Drew Brees, the quarterback for the Saints, threw for five touchdowns.

This game saw a total of 981 yards, 53 first downs, 131 plays, 24 drives, and an average of 7.5 yards per play. Offense proved to be the determining factor in this game. The halftime score was 28-27 so there was equal action in both halves.

This game was arguably the best game of the 2019 campaign for the entire NFL.