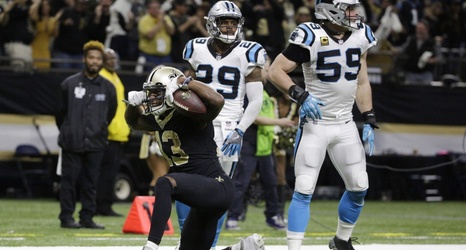 New Orleans Saints wide receiver Michael Thomas is one of the NFL’s fastest-rising stars, but even he was taken aback at the news that Carolina Panthers linebacker Luke Kuechly was retiring, stepping away from the game at 28. The list of players who get repeatedly recognized as first-team All-Pros is brief, but Thomas and Kuechly were part of that small fraternity despite their usual status as division rivals.

So Thomas took some time Tuesday evening to express his appreciation for what Kuechly has accomplished and how challenging an opponent he was to prepare for, even if the five-time All-Pro won’t see it — Thomas noted wryly that Kuechly is such a professional that he doesn’t use social media, because “he is that different.