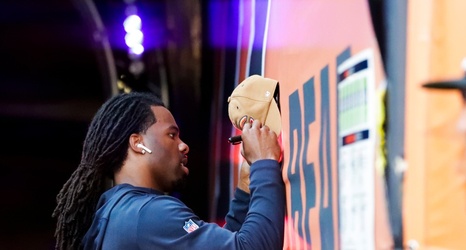 Kevin White knows the challenge in front of him is daunting. And he’s vowed to pursue it anyway. White spoke about his attempt at a comeback with the New Orleans Saints after his first practice session in black and gold on Wednesday, reflecting on his injury-plagued career with the Chicago Bears.

“I’m going for it until they kick me out this league,” White said to NewOrleans.Football’s Nick Underhill. He admitted frustrations with unlucky injuries — a twice-broken leg in 2015 and 2016, and a fractured shoulder blade in 2017 — and few opportunities in the Mitchell Trubisky-led Bears offense, but he’s keeping the faith that he can turn his story around.